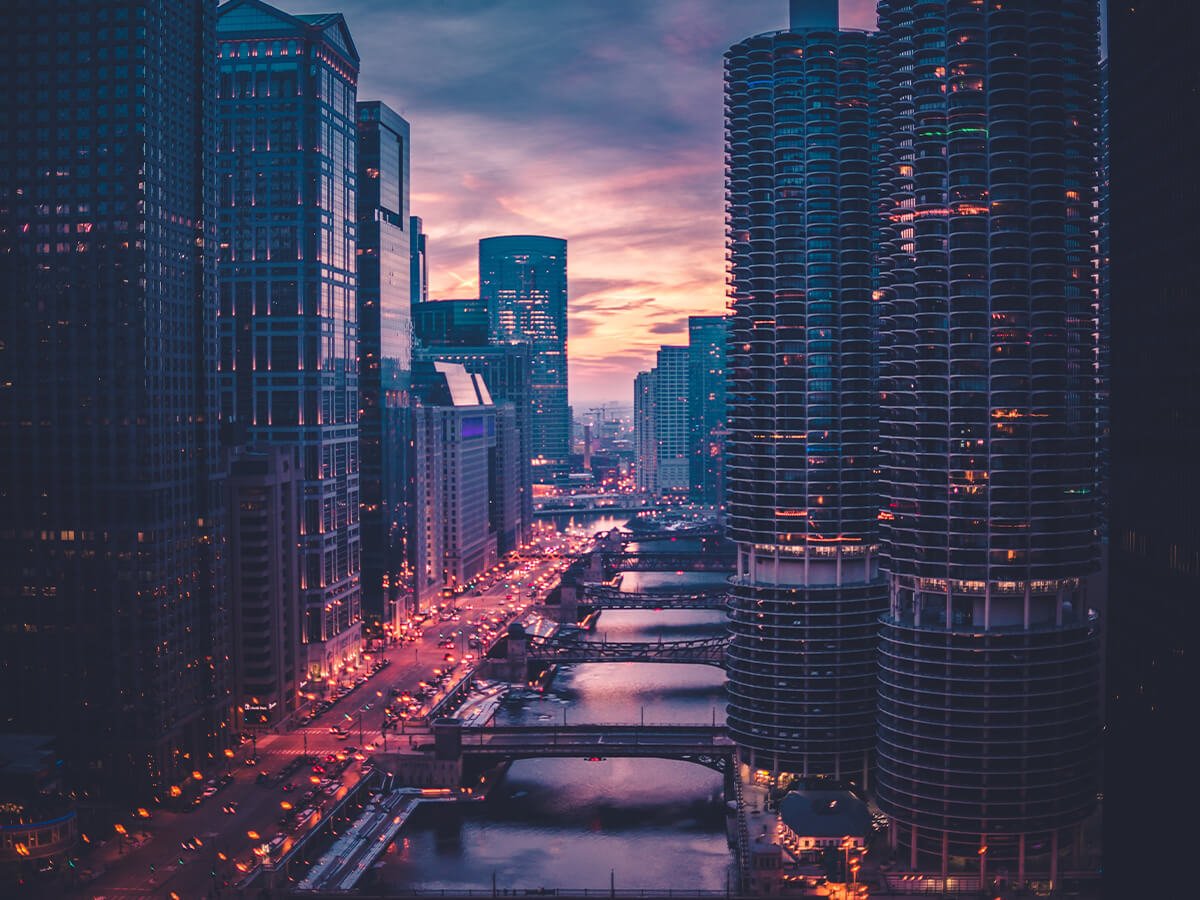 How To Summer in the City 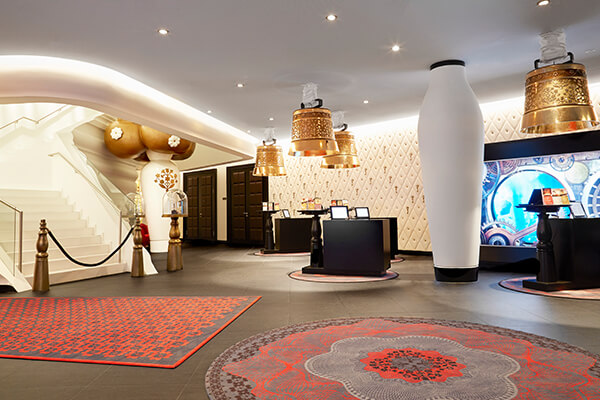 After months of seemingly endless cold weather, Chicago really comes alive when the heat turns up—making summer the perfect time to visit the Windy City. And with the opening of buzz-worthy hotels, farm-fresh cuisine, tons of water-based activities and a bounty of cool rooftop bars, there’s no shortage of things to do. 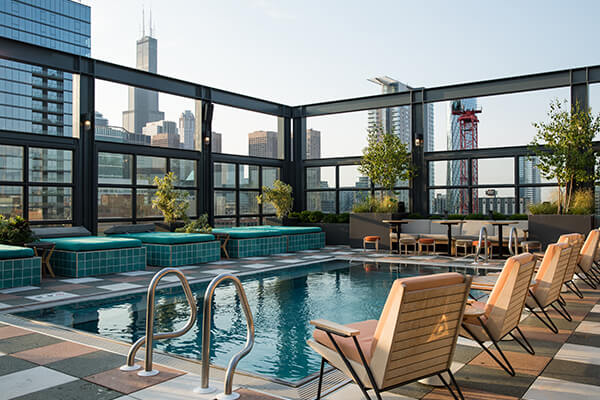 Over the last few years, Chicago has welcomed a slew of stylish new hotels, and the boom shows no signs of slowing down. In 2018, the 365-room St. Jane— named for Jane Addams, a local social reformer and activist who won the Nobel Peace Prize in 1931—debuted in the 1929 Carbide and Carbon building on Michigan Avenue. Rooms embrace its Art Deco history, with high ceilings, herringbone floors, globe lamps and touches of gold. (The best part? A portion of the rate is donated to the Jackson Chance Foundation, which helps families with children in the NICU.) Nearby, the 182-room Hoxton, Chicago made a splash when it opened in the Fulton Market District in April, complete with the brand’s first-ever rooftop pool, a Peruvian-inspired restaurant from acclaimed chef Stephanie Izard, and a basement-level cocktail and live music spot. 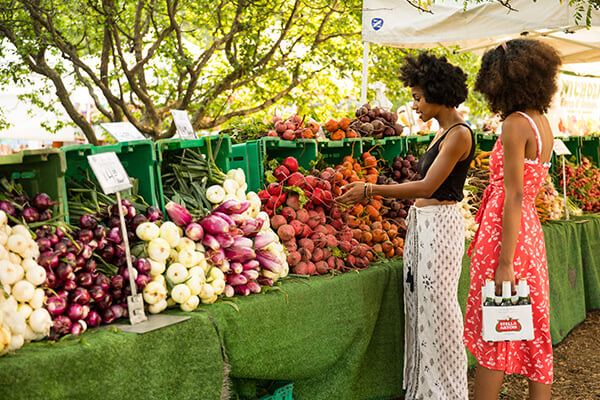 Like most big cities these days, locals are all about eating what’s fresh—and an abundance of farmer’s markets makes it easy to do just that. But even if you’re not about to stock up on kale while on vacation, many of the markets are still worth a visit. Take the Logan Square Farmers Market, where there’s often live music and plenty of food stands selling everything from tamales to treats like gelato and fresh-baked pastries. If you happen to be visiting the Lincoln Park Zoo on a Wednesday or Saturday morning, head to the Green City Market Lincoln Park for lunch; just note it closes as 1 p.m. A few blocks from Millennium Park, the City Market at Daley Plaza—which takes place every Thursday through Oct. 24—is a nice pit stop for a mid-morning pick-me-up while exploring downtown. And on the plaza of the Museum of Contemporary Art, the SOAR Farmers Market features chef demonstrations, complete with samples.

TAKE TO THE WATER 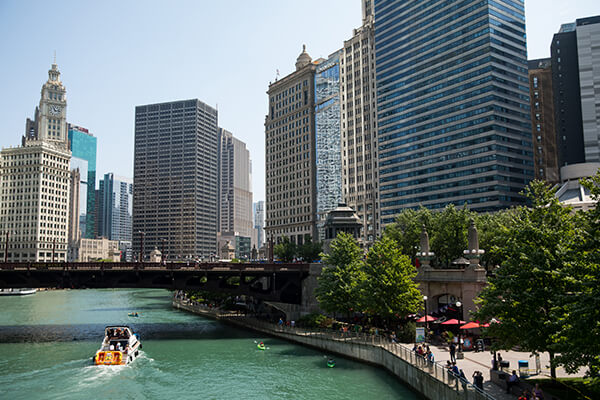 Chicago fronts not one, but two bodies of water—the Chicago River and Lake Michigan—and there are plenty of ways to take advantage. First on your list should be an expert-led river cruise with the Chicago Architecture Center; there’s no better way to take in the city’s numerous architectural feats, including the John Hancock Center, the Wrigley Building, and the Aon Center. (The organization also recently opened a new center that’s home to special exhibits and a 3D model of the city with 4,200-plus buildings.) Want to give back to the environment? Book a Kayak for Conservation program at the Shedd Aquarium, during which you’ll paddle the river with a conservationist while helping to remove litter and learning about the ecosystem. And for a day of relaxation, there are plenty of lakefront beaches. One of our favorites is Montrose Beach, where you can rent jet-skis and cool down with fruity cocktails at The Dock; on the south end, there’s even an eight-acre nature preserve known for attracting migratory birds. 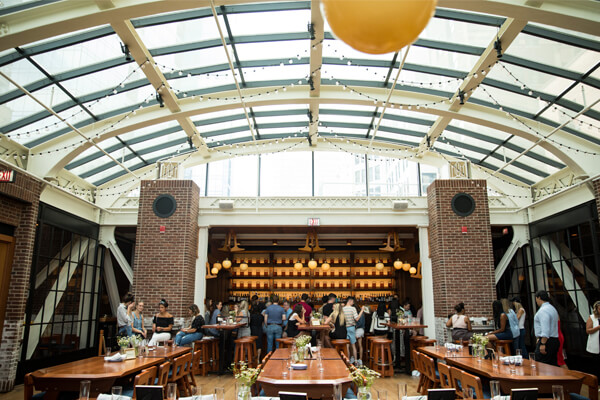 Summer in Chicago is synonymous with rooftop hangs—and for good reason, since there are so many al fresco spots featuring epic views of downtown and the lake. At the Park Hyatt Chicago, NoMI Garden is a rooftop oasis filled with lavender and sunflowers where you can get comfy and sip cocktails or French wines by the glass. A 15-minute walk down Michigan Avenue will bring you to the LondonHouse Chicago, home to the LH Rooftop. Thanks to its location on the 21st floor, the views are especially impressive; many people agree, so it’s best to get there early to snag a place to sit. Continuing the rooftop bar crawl, stroll another 10 minutes south to the Chicago Athletic Association Hotel. Here, the top-floor Cindy’s—which overlooks Millennium Park—is as buzzy as it gets; through Sept. 9, it’s currently hosting a Monday night takeover series featuring bartenders from hot spots around Chicago.