366 Days In Isolation: Musings From a Year on "Mars" - Full-Time Travel
Skip to content

366 Days In Isolation: Musings From a Year on “Mars” 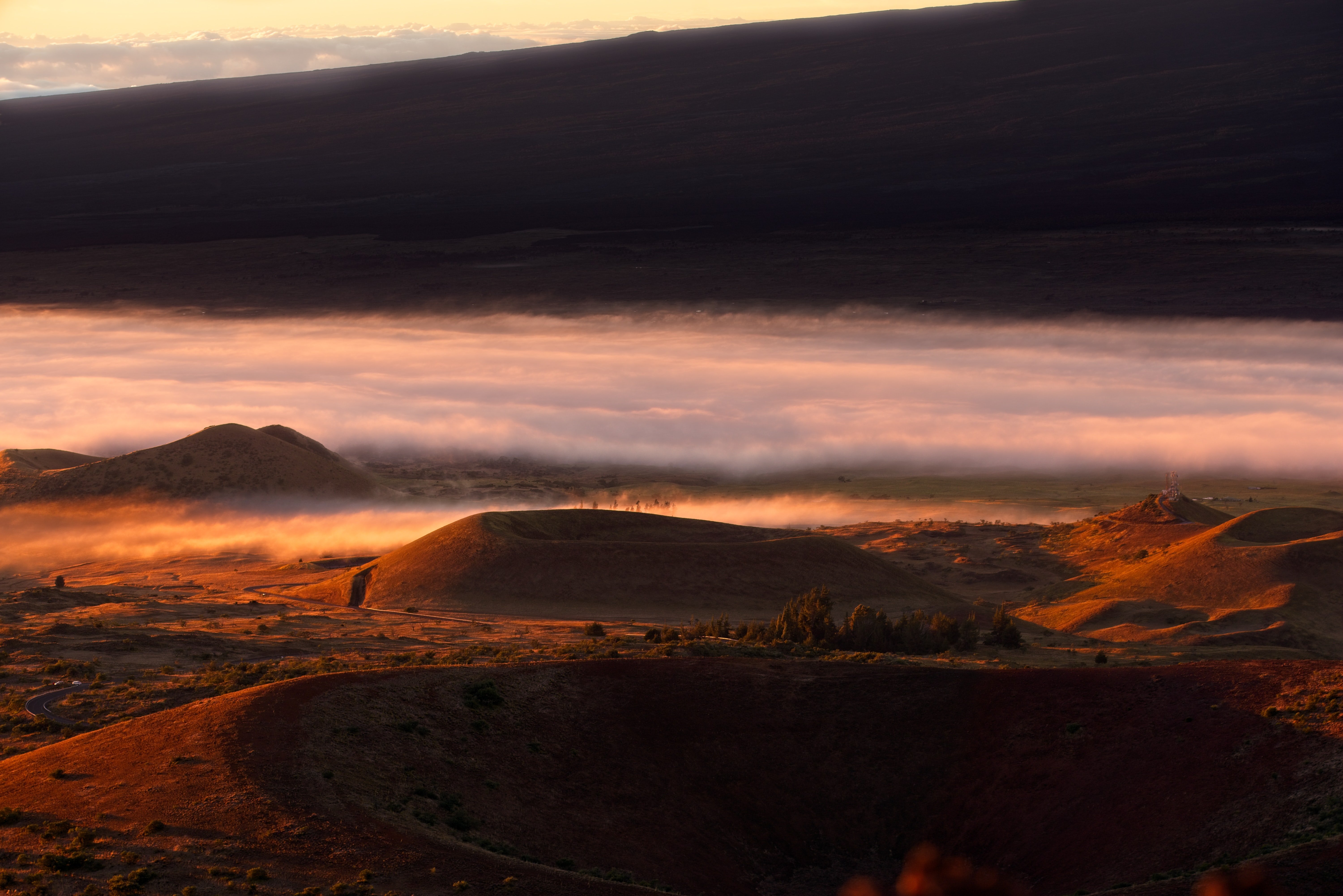 366 Days in Isolation: Musings From a Year on "Mars"

As I write this, we’re currently a week and a half into lockdown in New York, and something strange is happening to my perception of time. Sheltering in place feels a lot like Groundhog Day: performing the same routines and the same chores, eating the same Instant Pot meal I made for dinner two nights ago, walking my dog around the same park, the same annoying techno coming from my upstairs neighbor's apartment. Each 24-hour period passes in a blur of blandness and ennui. It’s the exact opposite of travel, when time seems to retrospectively stretch and expand. At the tail end of a trip, you reflect on that first day and remark to your companion, “Doesn’t that feel like forever ago? I can’t believe it’s only been a week, we’ve packed so much in.”

Our brains thrive on newness, prioritizing novel things by committing them to memory, often in vivid detail. This is why, psychologists posit, time seems to pass more quickly as we age. Our catalog of experiences is so vast already, and the majority of our days revolve around the same routines and habits. If nothing new is learned, then nothing new needs to be retained. The weeks smooth out and fly by. Conversely, travel evokes a kind of temporary childhood, a buffet of firsts where everything we see and taste and smell and hear is a revelation. It’s why you can recount your last vacation with descriptive flourishes, but the past week spent in lockdown is fuzzy and vague.

"Monotony collapses time; novelty unfolds it," writes Joshua Foer in Moonwalking With Einstein: The Art and Science of Remembering Everything. "You can exercise daily and eat healthily and live a long life, while experiencing a short one." So how can we inject more life into life right now? Primarily, by finding a way to disrupt our routines and continue to seek novel experiences. The subject of this week's interview knows a thing or two about surviving long periods of monotony...

In August 2015, Tristan Bassingthwaighte, an architectural designer and artist, joined a crew of five in the HI-SEAS Habitat – a white dome with a usable floor space of 1200 square feet and six shoebox sleeping quarters. Their mission was to conduct geological fieldwork on an isolated Mars-like site on Hawai’i Island’s Mauna Loa mountain, approximately 8200 feet above sea level. They would live in the habitat for 366 days (it was a leap year), working, exercising, cooking, honing hobbies, socializing, and trying not to go stir crazy. Who better than Bassingthwaighte to offer advice for this moment we find ourselves in?

Full-Time Travel: Unlike our current situation, where we’re uncertain of how long this isolation will go on for, you knew you were signing up for a year. Was that daunting?

Tristan Bassingthwaighte: The timing of it came at the end of a year studying in China. So I’d come from these incredibly crowded cities that were quite polluted and stressful to basically being in a zen retreat up on a glorious untouched mountain away from all people. For me, being an introvert and having lived in Shanghai, the idea of going up on a mountain was quite alluring, honestly.

FTT: But you were sharing space with five people, so how did you find those moments to be by yourself and have that introverted time? That’s something a lot of us are struggling with right now - especially those with smaller homes.

TB: We each had our own private bedroom, which sounds glorious until you realize it was literally about the size of one of those triangular closets that fits underneath a staircase. It was up at the top of the dome where the ceiling curves down, and I could literally touch the top of it with my elbow while laying in bed. It’s plywood so you could hear people, and the treadmill and the kitchen were under my room. You could go up there and close the door and “be alone” and put your headphones in, but you could always tell people are around.

FTT: It’s hard to find a comfortable rhythm to the days right now. It’s so same-y and strange. How did you guys create structure for yourselves?

TB: We had mandated activities based on the day of the week. So Wednesdays we had to test XYZ, and on Thursdays test ABC. We had a great deal of structure built into the system generally. But working from home during COVID-19, it’s extremely tempting to have Netflix running on a side window while I’m doing computer work, even though my productivity would go down. Really there’s got to be some self-discipline. Schedule in a hobby or workout and get out of your comfort zone*. If you’re going to make a snack, learn to cook something new. I invented the pizza cupcake while I was on the mission! It’s a mini pizza cooked in a cupcake tin. They heat really well and they’re delicious.
(*Bassingthwaighte ran a marathon on the treadmill while in the habitat)

FTT: How long was it before you felt settled in the habitat?

TB: You get super used to it in about two weeks. One of the greatest weird traits that humanity has is that eventually, we’ll get used to anything. If that’s a superpower you’re willing to use for good, it can get you through a Mars simulation or a month of quarantine, as long as you have the wherewithal to do something that will give you a greater sense of purpose. A lot of people are involving themselves in hobbies, which is great. It passes the time. But if you could also create for yourself some additional obligations  – perhaps you set yourself an actual project like retiling the kitchen – that will help ease you off the Netflix shows.

FTT: Were you keeping track of the days while you were in there or did time get weird?

TB: I would definitely say time got weird. We had our weekly schedule, sure. But outside of that, it was 52 of the exact same weeks. We made a Thanksgiving turkey out of dehydrated meat cubes, little things like that, but it wasn’t like a change in season or a summer break or an actual holiday season. It really did feel like a very long, weird span of time.

FTT: The psychologist on the podcast mentions that humans have a “buffer period” where they can subdue their irritations and frustrations, but that wears thin and rifts form between people living in close quarters. Was that your experience?

TB: Part of the solution to that on a Mars mission is that you have a chain of command and a good commander will find a solution based on objective facts. We don’t have that in our day to day lives – unless you want to vote on a commander for your quarantine. But you have to realize you’re going to drive each other a little crazy.

If you’re in quarantine with family or someone you’re married to, the ultimate goal would be to have a great deal of candor with and empathy for each other, but your self-worth shouldn’t be based on one another. If I was married, I would not be upset that my wife was saying that I’m being irritating. I would stop for a moment and try to understand why she’s finding me irritating. Perhaps I can find a way, without getting into a fight, to make her feel like the apartment is larger? Maybe I can hide behind the couch and read, and she can pretend I’m not here and get the distance she needs. Try and figure out why somebody is acting the way they are, and usually there’s a much deeper-down answer that’s waiting to be found.

FTT: You’re clearly an imaginative person. What kind of an effect did being isolated in the habitat have on your creativity and imagination?

TB: I indulged in my creativity a great deal more. It can be too easy for people to forget that while they are stuck inside, they’re also a person that can do literally anything. You can learn to play any instrument and speak any language. You can become an artist or a dancer. You could invent your own game or start a YouTube channel or just workout and finally get the six-pack you’ve wanted for five years. You can do and be anything you want at any point, but this is really a great time for that. You’re never going to get a chance like this again, where you’re forced to stay home and sit with your thoughts. Go stew in it.

FTT: What’s the most interesting thing you learned about yourself during isolation?

TB: I realized that put in a situation like the one we find ourselves in now, I will lean towards some sort of creative outlet. I learned how to salsa dance and got quite good at cooking – dehydrated food only, of course.