Travel Guide to the Island of Hawaii: Where to Eat, Stay & Play - Full-Time Travel
Skip to content

Travel Guide to the Island of Hawaii: Where to Eat, Stay & Play 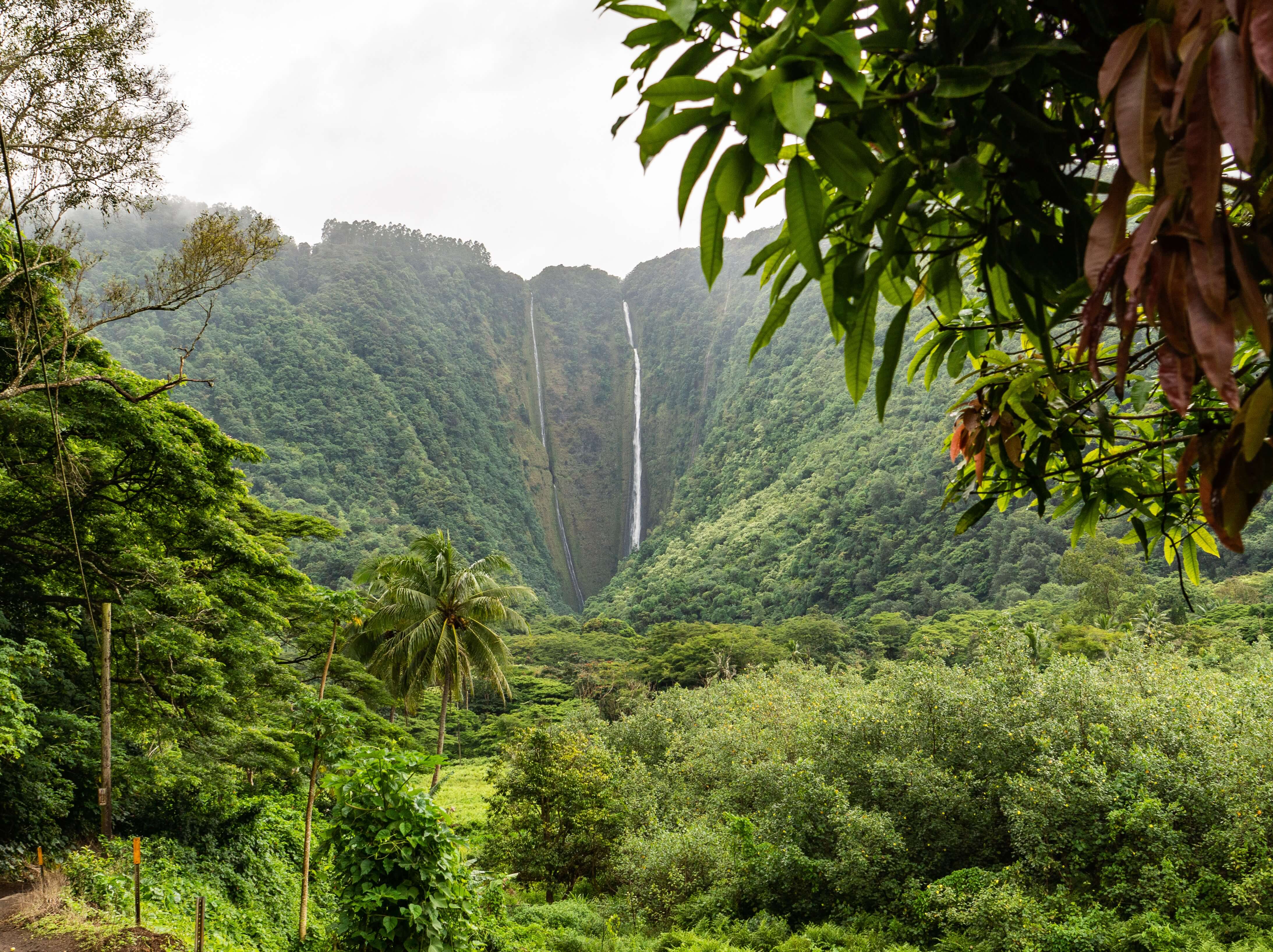 Travel Guide to the Island of Hawaii: Where to Eat, Stay & Play

From the snow-dusted peaks of Mauna Kea and the restless inferno of Kilauea volcano, to the rolling pastoral hills of Waimea and soft sandy beaches of the Kohala Coast – Hawaii Island contains a country’s worth of landscapes and microclimates in ‎4,028 square miles.

Hire a car and head out on a road trip to soak up what Hawaiians call mana, or spiritual energy. As you pass through the island’s striking terrain and laid-back towns you’ll start to grasp just how saturated with ancient stories and legends this place is. And, of course, an abundance of aloha spirit: compassion and unity among all people.

Get a bird’s eye view of the island

Hawaii Island’s largest town, Hilo, is nestled among some of its most remarkable landscapes, and there’s no better way to grasp the scope and texture of this scenery than from the air. The Doors-off Lava & Rainforests Adventure by Paradise Helicopters will take you soaring over smoking Kilauea volcano, dark lava fields strewn with silvery, scorched trees (the result of its historic eruption in 2018), the bright white break line where the Pacific meets black-sand beaches, and lush rainforests concealing secret waterfalls. And yes, the doors of the helicopter have been removed, so be prepared for an adrenaline surge.

When two Hilo locals recommended driving the Red Road independently of one another, we knew we had to make a detour to Puna and check it out. Also known by its official name, Kapoho-Kalapana Road 137, the Red Road is a scenic route along the southeastern shore which eventually intercepts the solidified Kilauea lava flow. There’s a free-spirited feel down here; a local store’s notice board was pinned with flyers for “Kapu Ea Light Body Warrior Training with Lorenzo,” and “Shakti flow chakra series” taught by a blonde yoga instructor named Snow.

We stopped to pick up homemade, organic Portuguese donuts from Red Road Pastries – a little stall run by a woman and her spotty dog – then climbed down to sheltered black-sand cove called Kahena. Surveying the scene, we spotted a couple of skinny dippers just emerging from the surf.

The best way to see the Hawai'i Volcanoes National Park is to start early and beat the crowds. We stayed at Kilauea Lodge & Restaurant, a Volcano Village inn listed on the National register of historic places, and were on the trails by 9am. Starting at the Lava Tubes  – a tunnel formed when flowing lava moves beneath the hardened surface of a cooled lava flow – we then took the Kilauea Iki Trail, which winds through verdant rainforest and across the Crater lava lake, a vast otherworldly terrain which crunches underfoot like burnt toast.

When you’re done hiking, take the Chain of Craters road which winds steeply down towards the coast, ending up at Holei Sea Arch: a natural arch of lava rock which plunges into the cobalt, restless churn of the Pacific ocean.

Appreciate some of the starriest skies in the world

When night falls on the Island of Hawaii it gets extremely dark. If you come from a big city, you’ll be struck by how little light pollution there is here; on a clear night, you can clearly see the glowing arc of the milky way overhead. The scientific community has taken note, and there is currently a controversial proposal to build The Thirty Meter Telescope on Mauna Kea –  a sacred mountain to generations of Hawaiian people.

The ‘Imiloa Astronomy Center of Hawaii sensitively blends indigenous culture with science in a way that will help you better understand the telescope controversy. The impressive planetarium shows and presentations explain the stories associated with Mauna Kea and how pre-instrument Hawaiian wayfinders used the constellations to navigate across oceans.

Immerse in the culture and traditions of the Hawaiian people

When you imagine hula, you’re probably thinking grass skirts, coconut bras, and sweet wave-like dancing to melodious music. But authentic hula is a form of physical storytelling that depicts legends of gods and goddesses, sacred landscapes, and ancestral histories. After being banned as sacrilegious when the Christian missionaries arrived in the early 1800s, the ancient chants and dances were set to music to create a softer choreography. When tourism took off, this version of hula stuck, but Hawaiian communities continue to practice their traditional hula.

“This has been going on for thousands of generations, and it’s tied to our DNA,” explains Kumu Micah Kamohoalii, a hula teacher and leader among the Waimea Hawaiian community. “I tell them hula is not a privilege, it is your right to do it. This is a tradition you cannot let go of. It’s not a commercial performing arts, true hula is a cultural thing and a rite of passage.”

Some of Kamohoalii’s students perform hula at the Four Seasons Resort Hualalai, about 45-minutes from the town of Waimea. It’s rare for luxury hotels on the island to spotlight indigenous Hawaiian culture in a prominent way, but Four Seasons does. The hotel opened its Ka'upulehu Cultural Center – a space dedicated to teaching the arts, traditions, and histories of the Hawaiian people – way back in 1996. Guests can join the center’s manager, Uncle Earl, and his team for shell craft, Hawaiian language lessons, feather art, ukulele classes, lauhala (pandanus tree leaf) weaving, oral histories and more.

Get back to the land in North Kohala

The northern tip of the island, which was once home to sugar cane plantations, is one of the best places to savor the abundant, emerald-green flora of Hawaii.

For a true off-the-grid feel, make Hawaii Island Retreat (an 80% sustainable hotel owned by practitioner of Hawaiian healing arts, Jeanne Sunderland) your base. Once home to the farmers and fisherman that comprised the island’s earliest settlers, the 60-acre plot is adorned with fruit trees and pohaku (ancient, sacred stones thought to be the keepers of knowledge) that can still be found in their original formations from thousands of years ago. Stay in a yurt (think glamping-style), a bungalow or one of the brightly colored rooms surrounding the pretty Spanish-style courtyard, and take full advantage of the wellness facilities: a yoga studio, placid saltwater infinity pool, solar-heated hot tub, and relaxation room with squishy chairs facing forest views.

To learn more about the plant species that thrive in and around the Pololu Valley, join Hawaii Forest and Trail on its Kohala Waterfalls Adventure tour. Led by expert guides, you’ll explore private trails, stopping to eat fresh guava from the trees and swim in cool waterfalls. The tour culminates in a picnic lunch at a lookout point so scenic it’ll stun you into silence for most of the meal.

Award-winning Peter Merriman is credited with being one of 12 chefs to champion a move towards local, farm-grown produce in Hawaii. His menu puts Hawaiian dietary staples front and center, so expect lots of fresh veggies in every dish. Our shared meal included: the cavatelli pasta with house-made ricotta, swiss chard, hamakua mushrooms, macadamia nut pesto, and Big Island goat’s cheese; the garlic steamed clams with white wine, parsley and butter (the sauce is so delicious it’s drinkable); and taro enchiladas (just the right degree of spicy) with broccolini, aged cheddar, and cilantro the chef picked fresh from the garden that afternoon. To finish, two scoops of coconut milk ice cream that made us grateful we summoned the extra stomach-space for dessert.

On the island of Hawaii, it’s not unusual to spot wildlife right off the shoreline, especially on some of the quieter coves. Craving that toes-in-the-ocean feeling one last time before we headed back to New York, we swung by Beach 69 on our way to Kona airport. The cove was mostly empty at 9am, apart from a bale of turtles – around five of them, no more than a meter or two from the shore. Turtles are protected by law in Hawaii, so we kept our distance, but it was a magical experience and the perfect farewell.

Trip provided by the Island of Hawaii Visitors Bureau